Dr Ahmed ELMEKASS, Coordinator of AU SAFGRAD, presented, in his capacity as Dean, the New Year wishes of the inter-African institutions to the President of Faso. 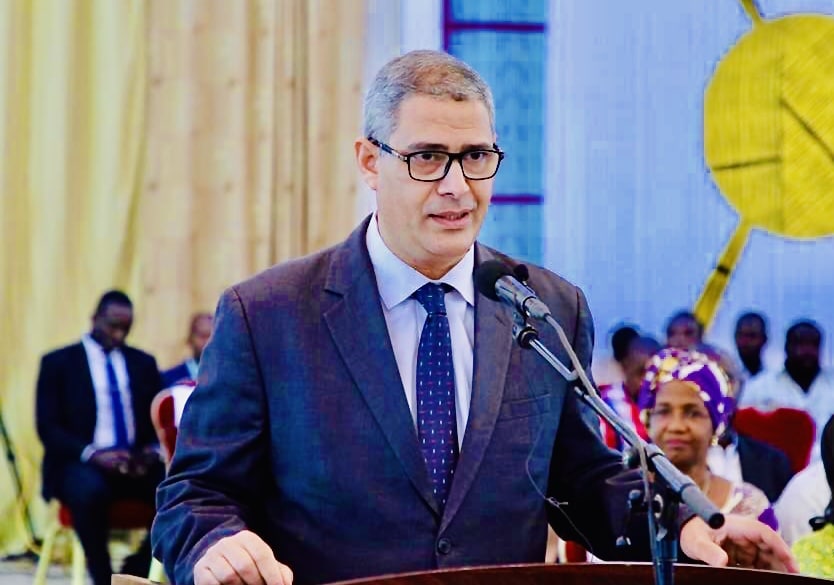 Dr Ahmed ELMEKASS, Coordinator of AU SAFGRAD, presented, in his capacity as Dean, the New Year wishes of the inter-African institutions to the President of Faso.

This Friday morning January 24, the diplomatic and consular corps in Burkina Faso presented to the President of Faso, HE Mr. Roch Marc Christian Kabore, his New Year wishes. During the solemn ceremony held at the Kosyam Palace, the ambassadors and consular representatives, international and inter-African organizations reiterated their support for Burkina Faso and expressed wishes for a happy new year to the President of Faso and to of the Burkinabè people.

First to take the floor, Dr Ahmed ELMEKASS, Coordinator of the AU SAFGRAD, in his capacity as Dean of the Inter-African Institutions, expressed in his speech the active solidarity of Africa towards the “Country of Upright Men” in these difficult moments marked by terrorist attacks. The Dean of Inter-African Institutions will be followed by that of international institutions, Mr. David Bulman, Representative of WFP. Finally, the Dean of diplomatic and consular missions, Regina Celia de Oliveira Bittencourt, Ambassador of the Federal Republic of Brazil, spoke on behalf of her peer ambassadors before the President of Faso spoke to respond to all. He notably declared that “During the year 2019, “the country of upright men” was particularly touched in its flesh by this incomprehensible and unjust violence causing enormous loss of life as well as many wounded” before soliciting, in an excellent French, the observation of a minute of silence in memory of the disappeared. He reiterated to the President of Faso, “the active solidarity of Africa, in particular through the Inter-African Organizations“. He went back on certain decisions taken by the African Union during the year 2019, notably The Decision on the African Continental Free Trade Area (AfCFTA) which was signed and ratified by Burkina Faso. He also mentioned the Decision to galvanize political commitment towards the elimination of female genital mutilation in Africa where the Heads of State decided to appoint HE Roch Marc Christian Kaboré, President of the Republic of Burkina Faso, as Leader of the AU for the elimination of female genital mutilation. Finally he spoke of the AU decision to appoint six (6) members of the African Union Advisory Board on Corruption, where Burkina Faso was elected to represent the West Africa region. Finally, coming back to the combined presidential and legislative elections that Burkina Faso is organizing at the end of this year 2020, the Coordinator of the AU SAFGRAD wished a “successful electoral process” for the “Country of Upright Men” before reiterating his best wishes for a happy new year to the President, his family and all the people of Burkina Faso.

In his response to the various speeches, President Roch Marc Christian Kabore, praised the quality of the relations of friendship and cooperation between his country and friendly countries as well as with international and inter-African institutions. He also underlined the resilience of the Burkinabè people who, despite the challenges of terrorism, are fighting for sustainable and inclusive development. 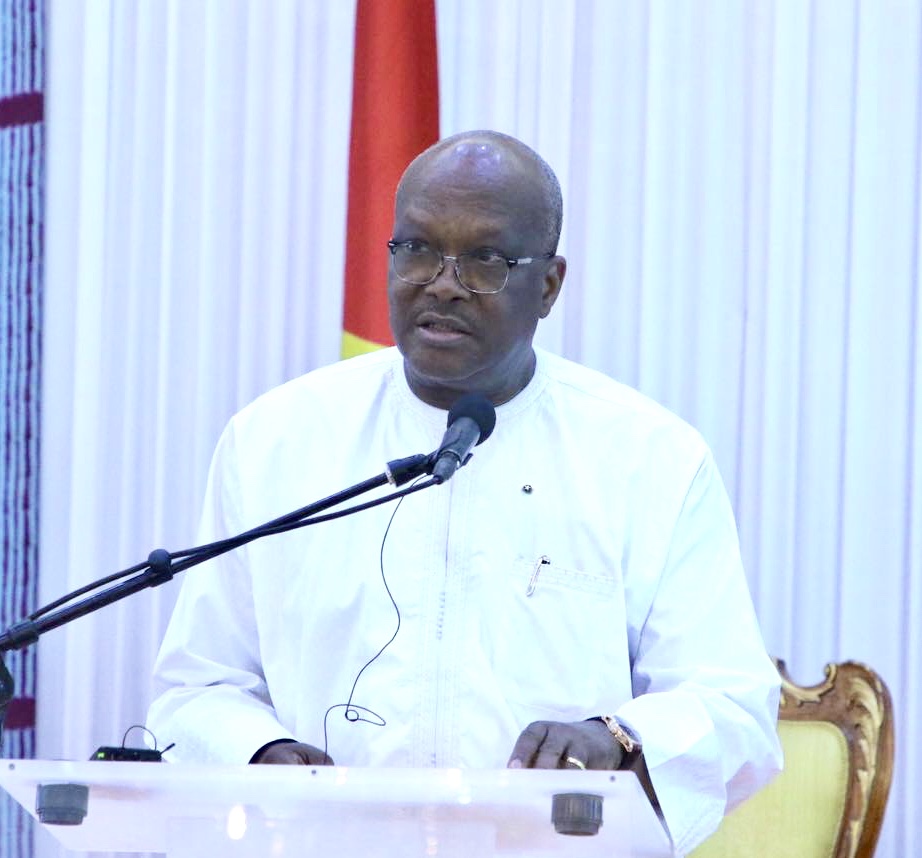 HE Rock Marc Christian KABORE, President of Burkina Faso, responding to statements of the diplomatic and consular corps in Burkina Faso 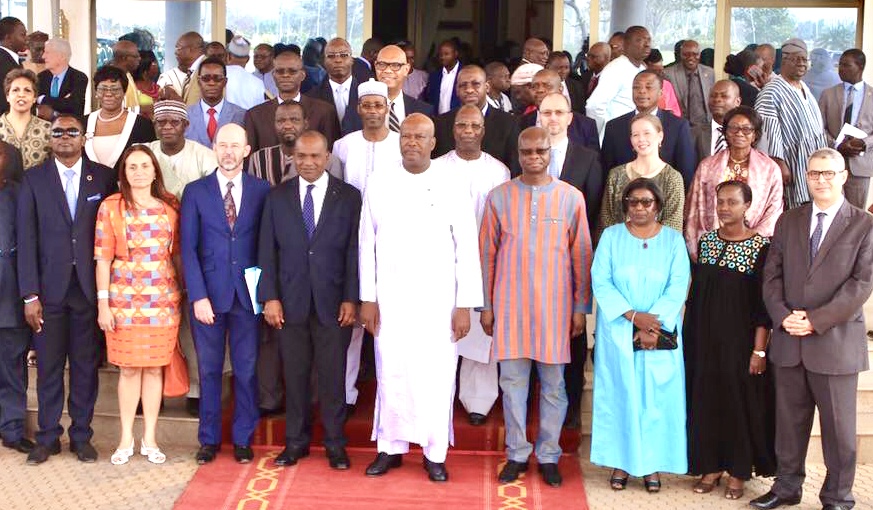 Group picture at the end of the ceremony. HE Rock Marc Christian KABORE, President of Burkina Faso with representatives of Interafrican and international organizations in Burkina Faso

→ SEE THE VIDEO OF THE STATEMENT OF DR. AHMED ELMEKASS HERE