Celebration of “Africa Day”, a tradition worthily respected in Ouagadougou, May 25. 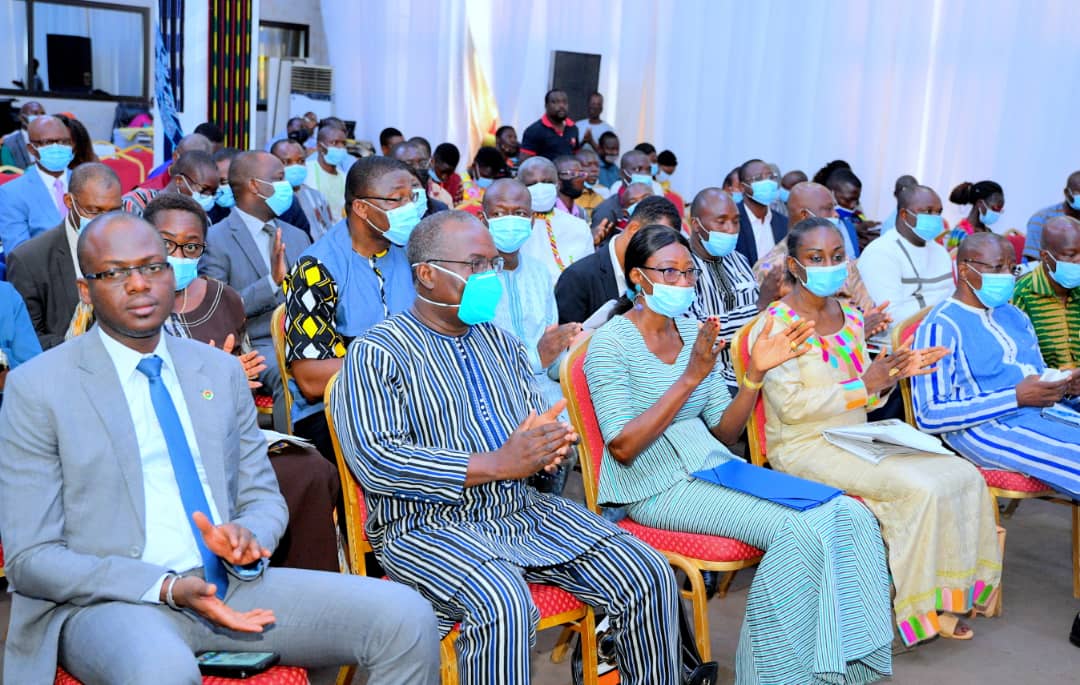 Africa Day, commemorating the anniversary of the birth date of the Organization of African Unity (OAU), replaced in 2002 by the African Union (AU), was worthily celebrated this Tuesday, May 25, 2021 in Ouagadougou, Burkina Faso.

An official ceremony was chaired by HE Mr. Alpha Barry, Minister of Foreign Affairs of Burkina Faso, with his counterpart for Culture, the Coordinator of the African Union SAFGRAD, the Resident Representative of ECOWAS and members of the diplomatic body accredited to Burkina Faso. Several heads of international and inter-African institutions as well as a large audience made up of academics and members of associations also took part in the event.

During his intervention, Dr Ahmed ELMEKASS, AU SAFGRAD Coordinator , first faithfully delivered the address of the President of the AUC on the occasion of the said day. In his address, President Moussa Faki Mahamat, insisted on the need for Africans to find in their cultural references and their ancestral values ​​the basis of their development while being part of modernity. Africans must “draw from the depths of their cultural and artistic heritage the keys to their development”, strongly stated Mr. Mahamat. After finishing delivering the Pan-African leader’s address, Dr Elmekass could not resist the temptation to utter a few words. These words, spoken in French, and which relate to the indelible presence of Africa in our DNA, have had the good fortune to arouse the general approval of the public.

For his part, Alpha Barry, Minister of Foreign Affairs, welcomed in his address these joint commemorations which have now become a tradition for Burkina Faso. He recognized the remarkable performances that the AU, on the one hand, and ECOWAS, on the other hand, are achieving within the framework of African integration.

Following the speeches of the officials, a panel followed by a large audience was held around the theme of the year of the AU namely “the contribution of arts, culture and heritage to the integration of societies and to the socio-economic development of Africa”. Among the speakers, it was noted the remarkable participation of Dr Rita Bissoonauth, Coordinator of AU CIEFFA. The latter brilliantly emphasized the role and place of arts, culture and heritage in promoting the education of girls and women in Africa.

The commemorations, celebrated jointly, between the Government of Burkina Faso, the African Union and ECOWAS, relate both to Africa Day of May 25 but also that of May 28 marking the anniversary of the creation of the regional community body that is ECOWAS. They are spread over several days with the key to holding several activities including sports games, blood donations and public conferences focusing on the theme of the year, culture, the arts and heritage. Note that some activities will take place in June in the second city of the country that is Bobo-Dioulasso.

– AGENDA OF THE CELEBRATIONS (FRENCH)

– VIDEO OF A REPORT OF THE NATIONAL TV (RTB)

PICTURES OF THE OFFICIAL CEREMONY OF “AFRICA DAY” 2021 IN OUAGADOUGOU 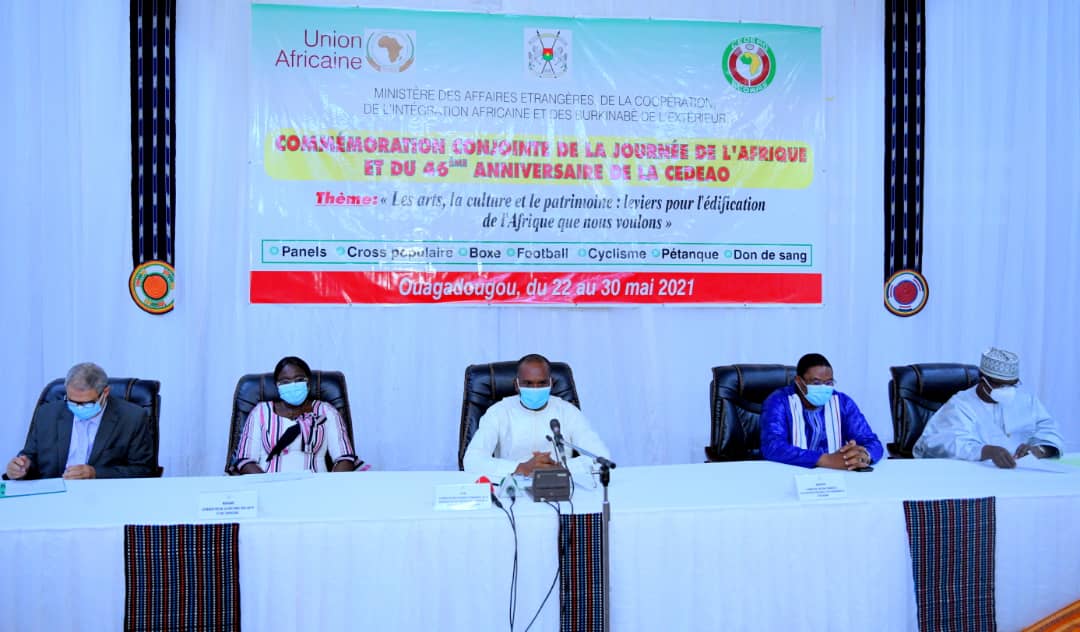 HE Alpha BARRY, Foreign Affairs Minister of Burkina Faso (at the center) chairing the ceremony 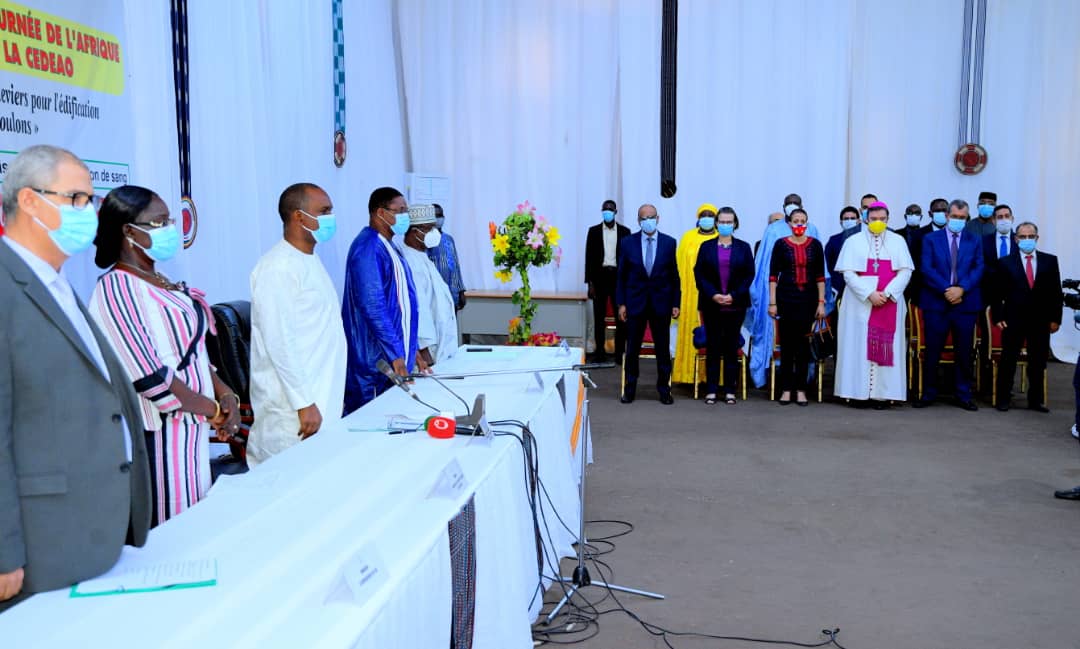 The hall stood up during the performance of the anthems 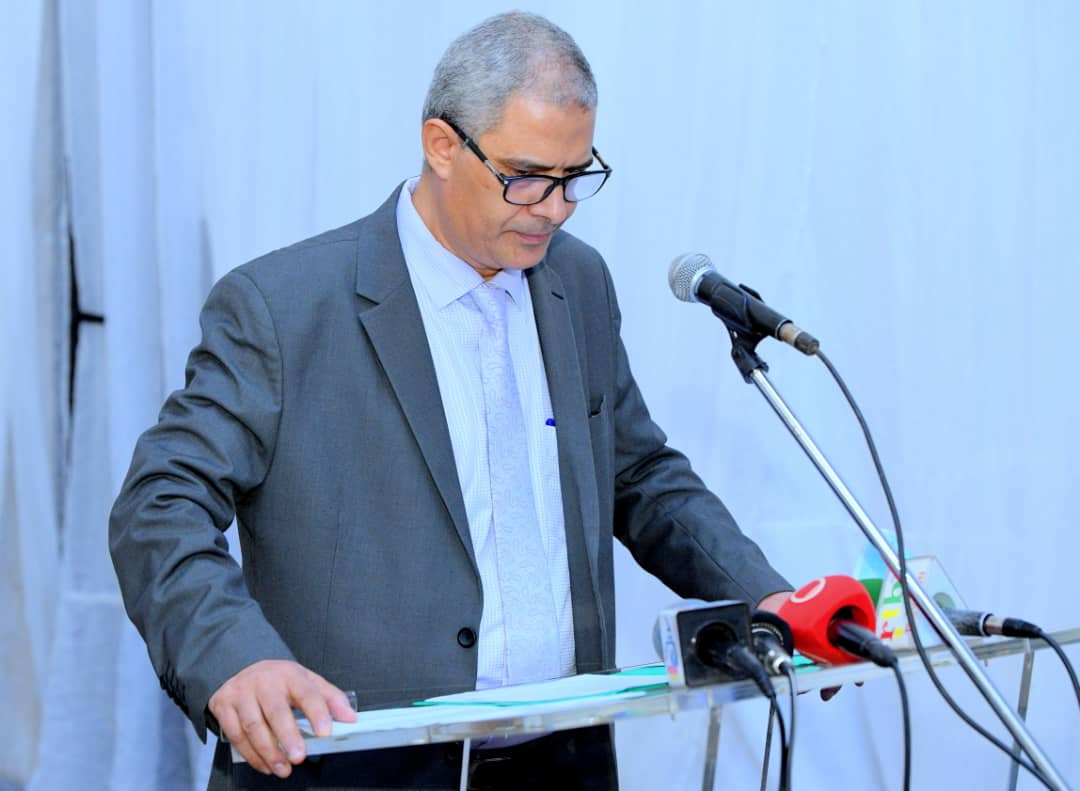 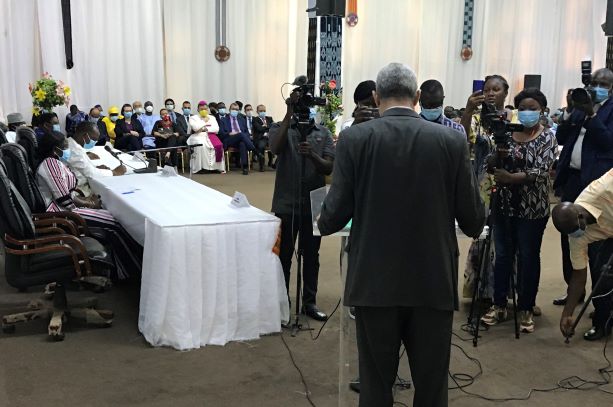 Many media came to cover the event 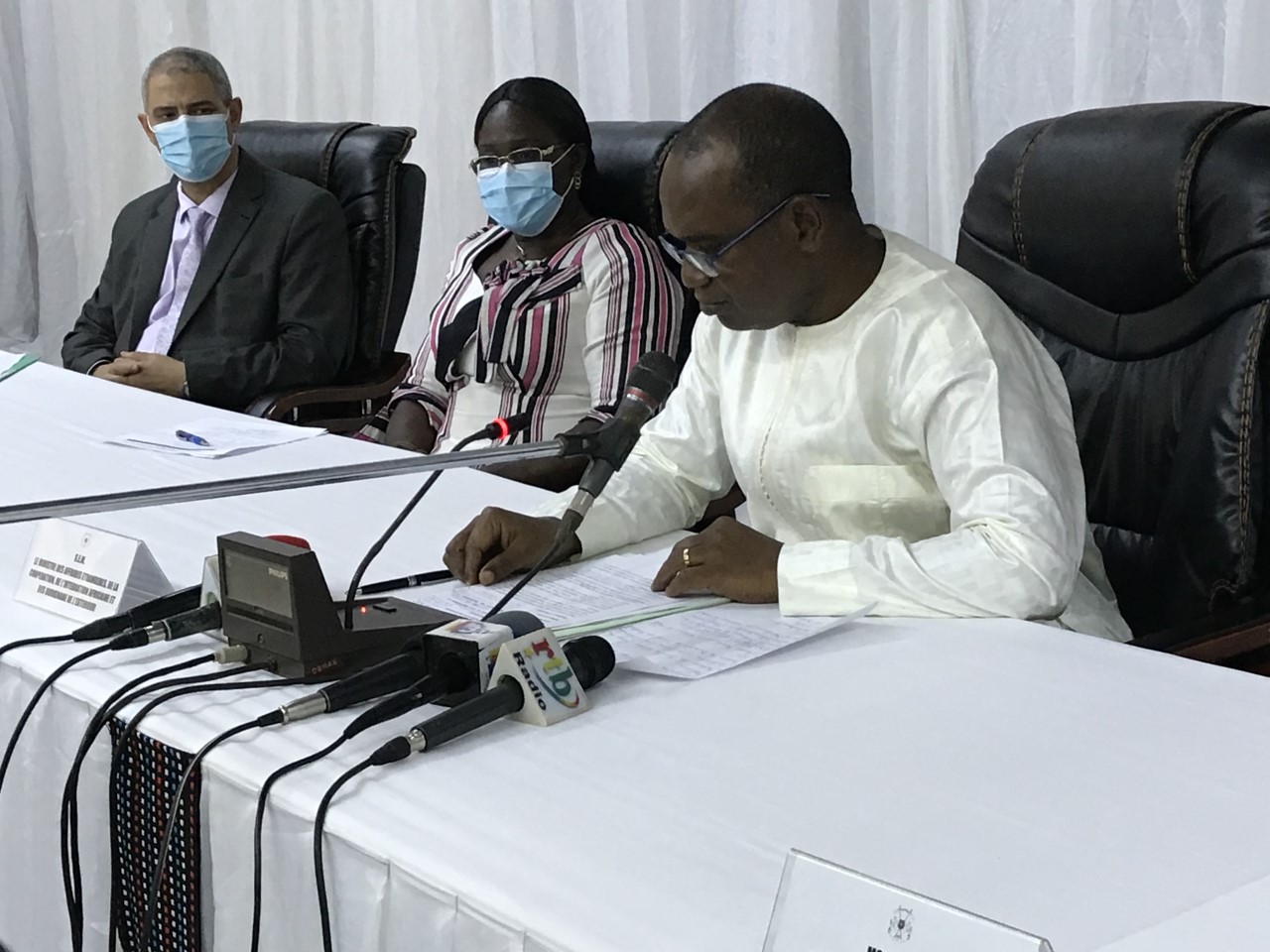 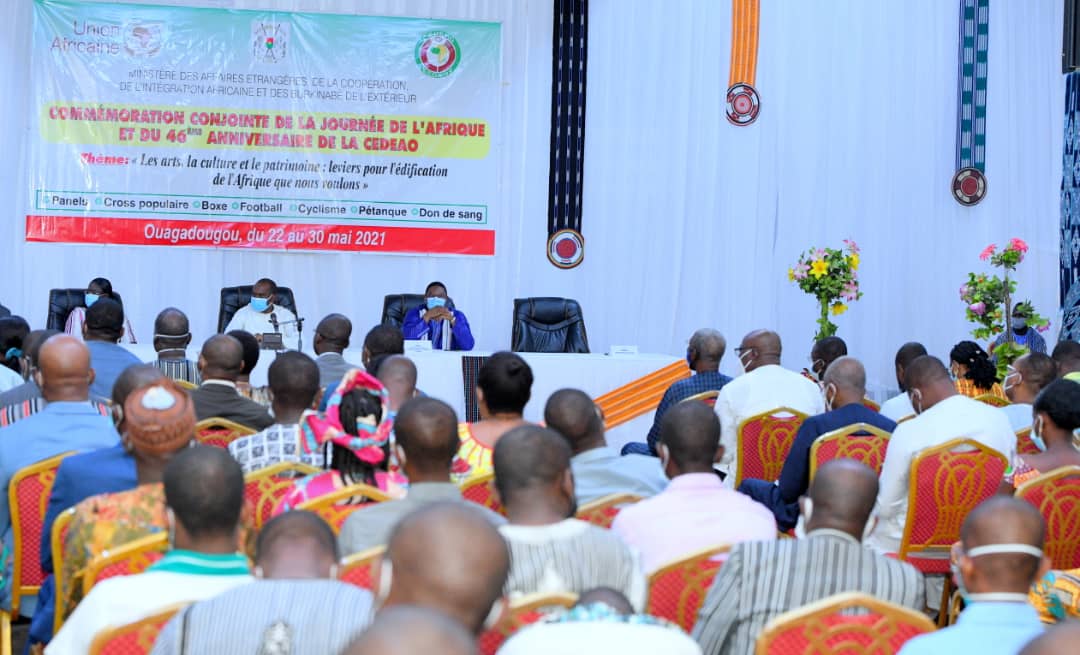 A large and attentive audience attended the ceremony… 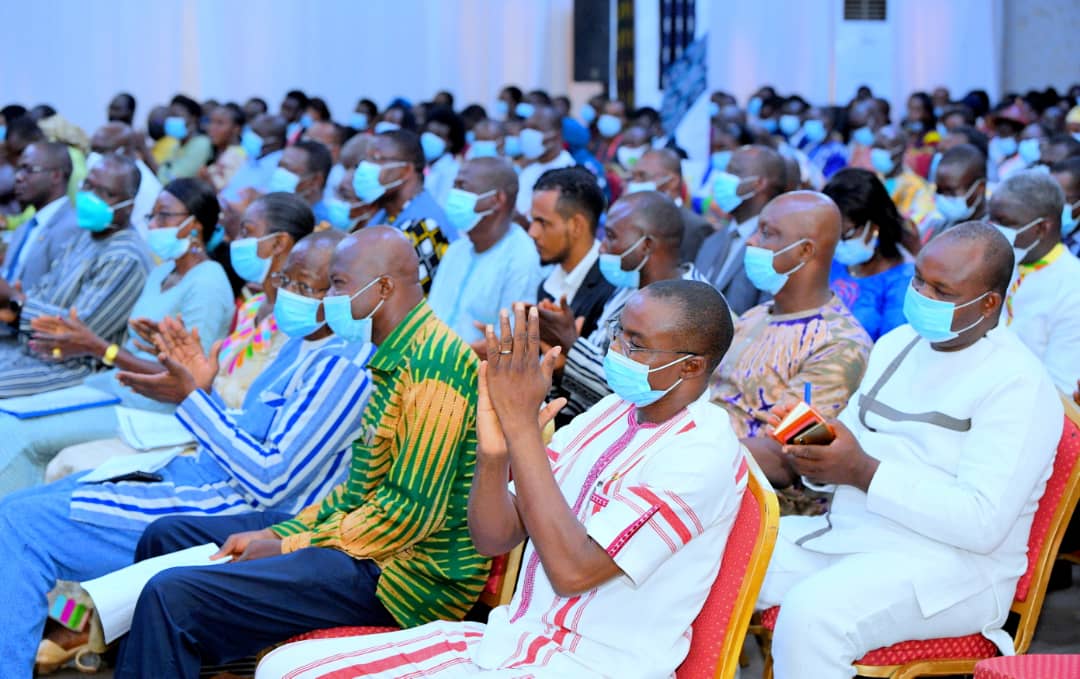 …The audience appreciated the various speeches 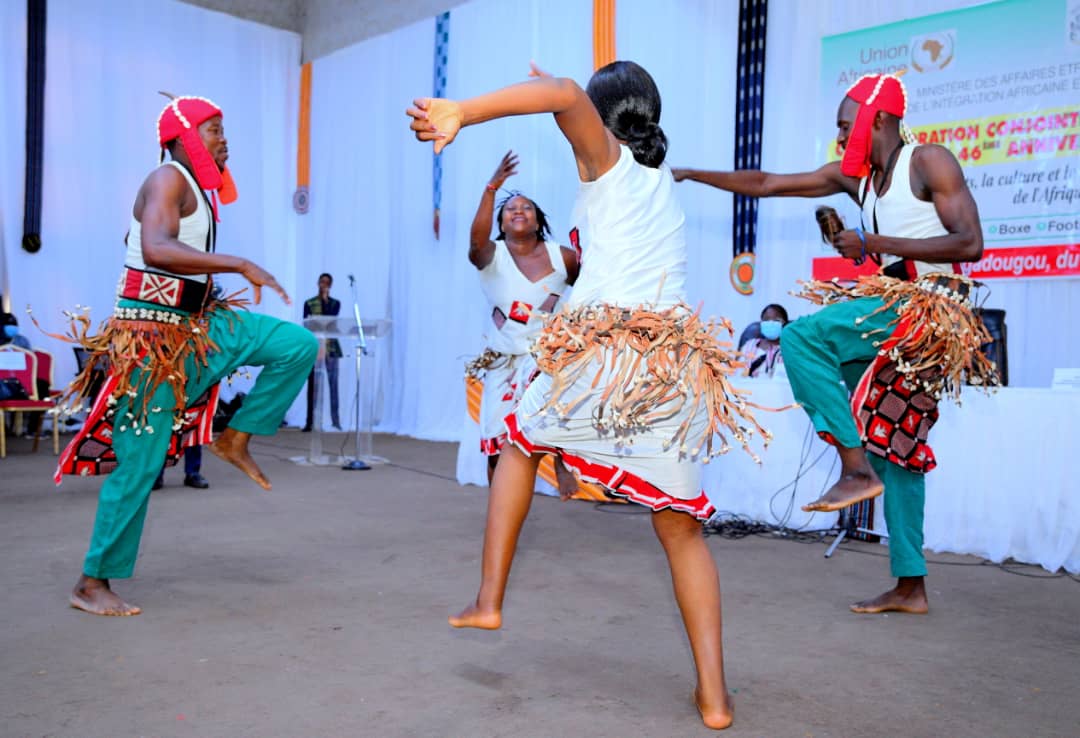 The dance show was arround 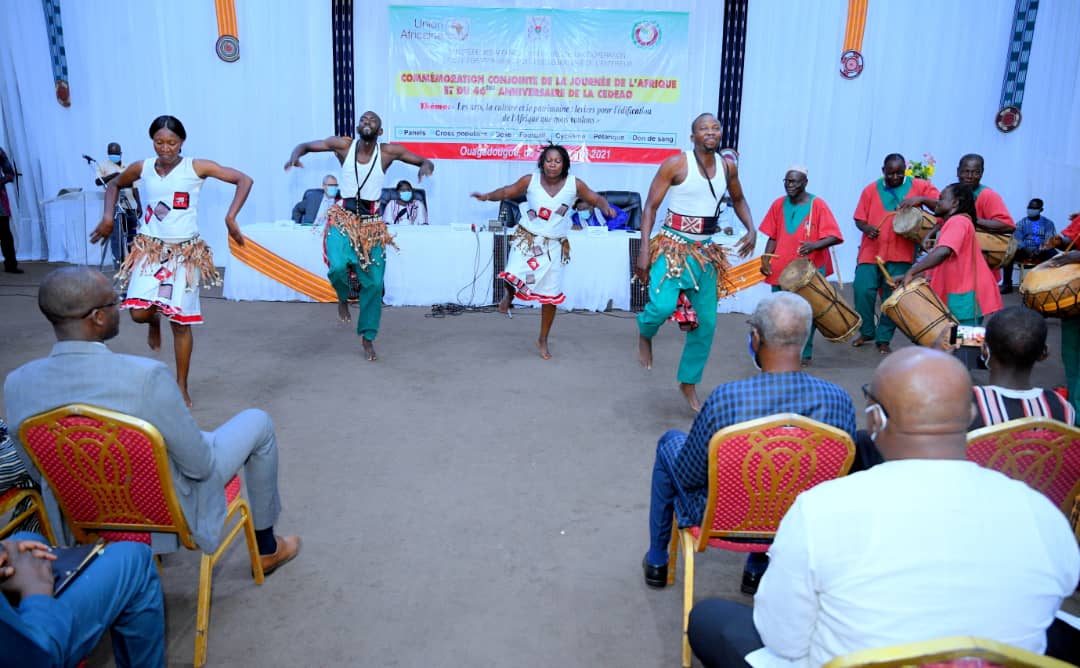 A facet of the theme of the year namely Art, Culture and Heritage … 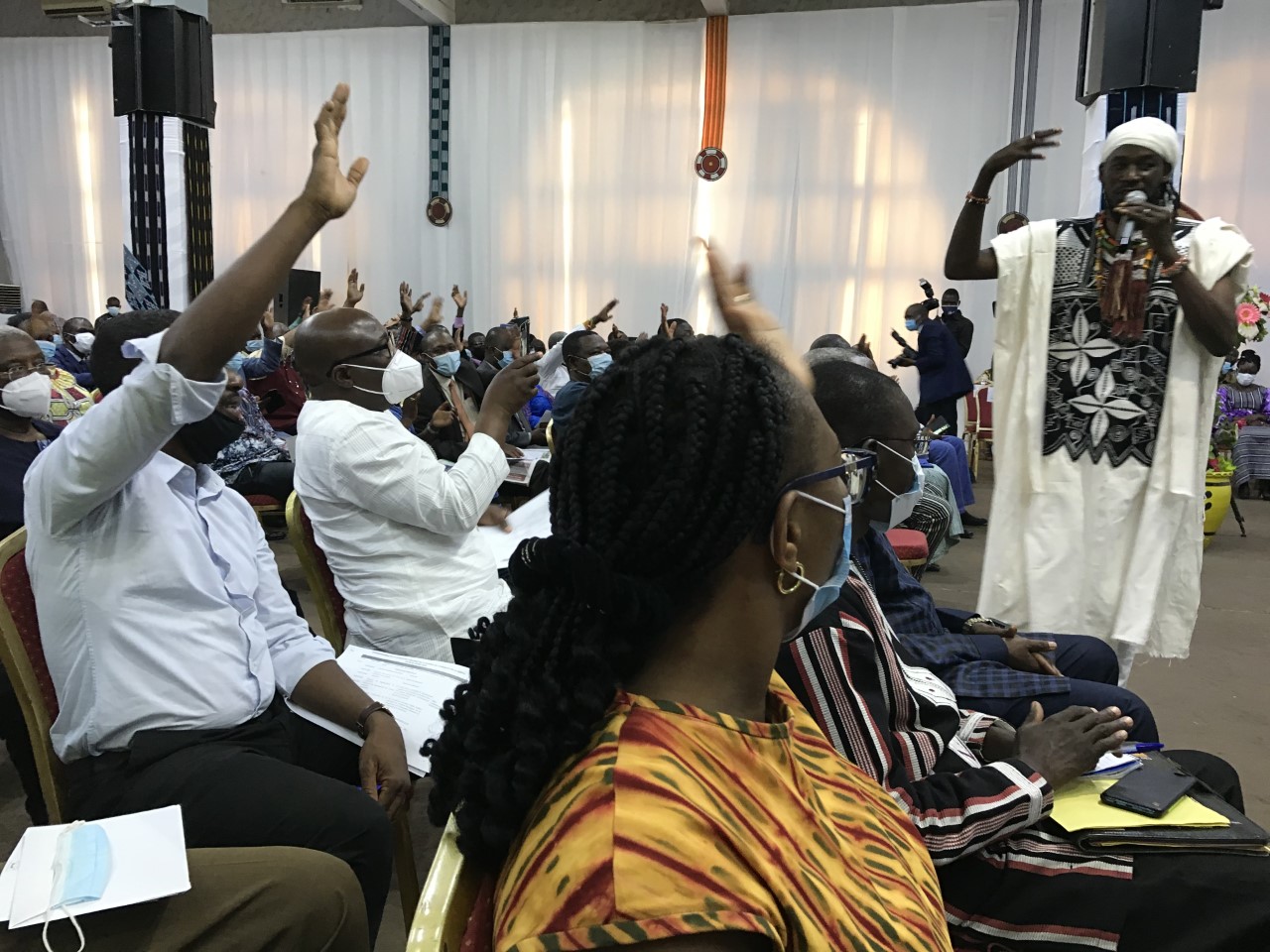 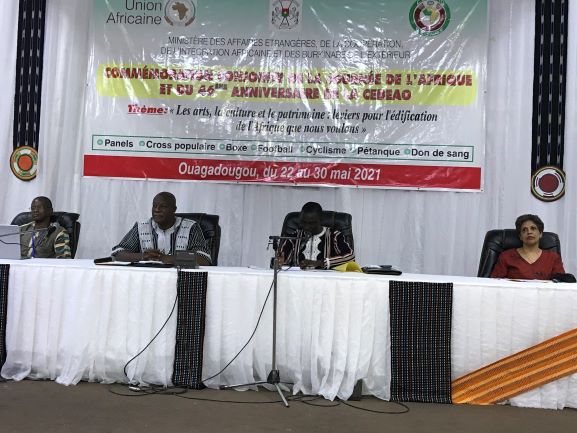 The panelists exchanged with the audience on the issue of Art, Culture and Heritage and their contribution to sustainable development, including Women and Girls education

The audience appreciated the exchanges during the panel