Consultancy :ToRs for the preparation of background document on High Policy Dialogue on Desertification 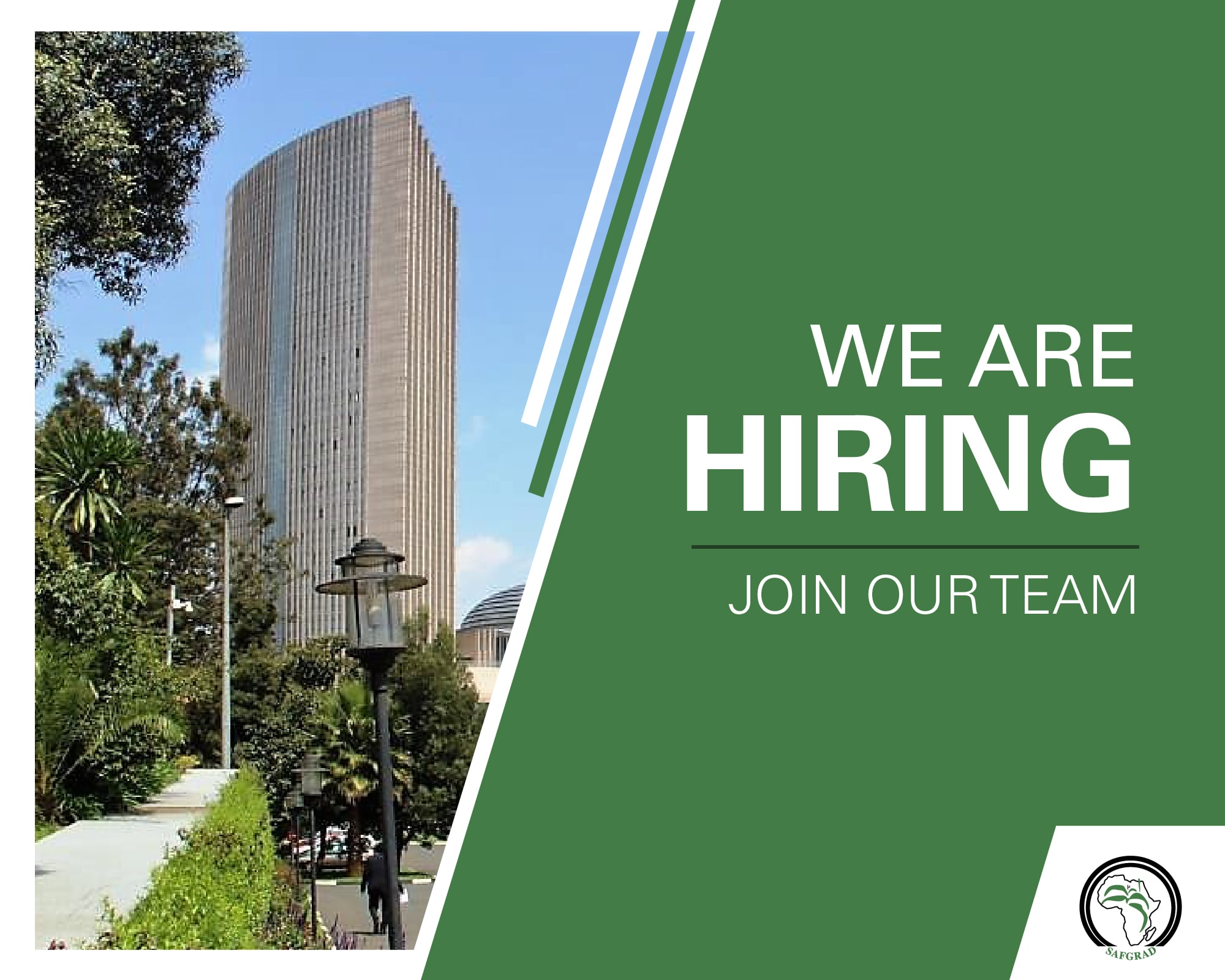 The Scourge of desertification continues to pose serious challenges to Africa’s sustainable development efforts. In recognition of this, the African Union Heads of State and Government at their 22nd Ordinary Session in January 2014, adopted Decision 492(XXII) relative to the strengthening of the implementation of the United Nations Convention to Combat Desertification in Those Countries Experiencing Serious Drought and/or Desertification, Particularly in Africa (UNCCD). This Decision mandated the African Union Commission to «streamline and enhance its specialized agencies, more particularly the Semi-Arid Food Grain Research and Development center (AU-SAFGRAD) and the Climate Change and Desertification Unit (CCDU), so that they serve as vibrant and effective platforms for guidance, experience sharing and coordination among African Centers of excellence, on the desertification issue».

This Decision aims to strengthen the interface between science and policy, as well as indigenous knowledge by land users and other stakeholders regarding the issues of desertification. Science and technology have a crucial role in slowing down the rate of land degradation and desertification and thus offer huge potentials for enhancing livelihoods in arid and semi-arid regions of Africa.

Indeed each country has designated a Scientific and Technology Correspondent (STC) in support of the National Focal Point for the UNCCD. The underlying idea was to enhance the contribution of national scientists to the work of the Committee on Science and Technology (CST) of the UNCCD through the STC. The Committee on Science and Technology is established as a subsidiary body of the UNCCD Conference of the Parties (COP) to provide information and advice on scientific and technological matters relating to combating desertification and mitigating the effects of drought. But in reality, the role of the STC’s has been less effective since their appointment. In practice, there have been very little relationships between them and the National Focal Points during the preparations for the CST deliberations. More generally, beyond the role of the STC’s, Africa’s inputs in the UNCCD scientific deliberations were far below existing capacity and competency. The participation of African scientists in the work of the CST has been poorer than expected, largely due to the inadequate technical and financial support for the African scientists in the field of desertification and sustainable land management (SLM). This development therefore undermines the potential contributions of science and technology in combating desertification on the African continent.

The STC’s functions therefore need to be strengthened to fully acknowledged for any scientific and technical functions by the African members important for the CST and it’s representative in the CST Bureau. The STC’s should therefore support, promote and enhance the knowledge of the National Focal Points and centers of excellence regarding desertification.

It is in this context that SAFGRAD with support from the Climate Change and Desertification Unit of the Commission is preparing for a High Policy Dialogue to deliberate on the role of science and technology in addressing desertification issues in Africa. The office is therefore seeking a very qualified consultant to address the following challenges among others: (I) How to involvement of a greater number of African scientists in desertification control issues addressed under the UNCCD; (II) How to promote research and dissemination of research findings; (III) How do research findings add value to desertification and desertification control issues Adding value to research findings; (IV) How to better facilitate linkages between science and development; and (V) How to promote dialogue among scientific institutions, development organizations, policy and civil society representatives.

B. Scope of the work

The overall objective of the work will be to strengthen the role of science and technology in combating Desertification in Africa. The idea is to take charge of the on-going work of the CST so as to strengthen the participation of the African scientific community in this work. Concrete recommendations to enhance African contribution by STC’s to the CST deliberation will be an important part of the task

The consultant will perform on the following tasks:

2.Conduct an inventory of African scientific and technical institutions/networks/programmes that are active in the domains of desertification control and involved in the various themes selected in the Regional and Sub-Regional Action Plans (RAP & SCRAPS).

3.Identify constraints and opportunity for the effective participation of African scientists in the work of the CST.

4.Identify the links and possible barriers between UNCCD National focal points and the STC’s and propose ways for improving their cohesion

5.Propose criteria for the establishment of centers of excellence: activity domain, staff profile, involvement in R&D and number of scientific partnerships, etc

7.Suggest and recommend on how to operationalise the “ Science Policy Interface (SPI)” where «the representatives of both policy-making and scientific communities, as well as other actors could discuss and communicate to the UNCCD scientific information and knowledge, provide relevant advice on Desertification /Land Degradation and Drought (DLDD) and identify the information needs of the Convention»

2.A minimum of 10 years working experience

4.Work experience with one or other Rio Conventions will be an advantage;

5.Excellent knowledge of the English and/or French language is a must;

2. It is expected that the consultant will submit the following reports and updates to SAFGRAD at the specified periods as agreed on between the two parties during the full duration of the assignment:

(ii) First Progress Report: This report will be submitted 4 weeks after the submission of the Inception Report. It will provide an update of the key findings based largely on literature review and possibly interviews.

(iv) Final Report: This will be submitted at the end of the assignment period and it would have integrated all comments received on the draft report.

1.SAFGRAD thinks this consultancy can be undertaken within one a month (30 days). The draft has to be finalized by early September 2015 to be ready for the Regional Preparatory meeting of UNCCD COP12 in Pretoria, South Africa scheduled for early September. The outcomes of the report should be done in a side event session by the consultant. The UNCCD COP 12 is in Ankara from 12 – 23 Oct 2015.

2.Remuneration of 8,000 USD as lump sump. SAFGRAD will also pay for any mission or meeting (economy ticket and DSA) that may be need.

3.The proposal for this consultancy should be submitted to SAFGRAD not later than 30 June 2015