Save the date: Inauguration of a Statue in Bobo Dioulasso, Burkina Faso, to symbolize African Union’s Endeavor to ‘’Retire the Hoe to the Museum’’ towards mechanization of agriculture

Inauguration of a Statue in Bobo Dioulasso, Burkina Faso, to symbolize African Union’s Endeavor to ‘’Retire the Hoe to the Museum’’ towards mechanization of agriculture

African agriculture remains poorly capitalized, with extremely low levels of mechanization contributing to agricultural productivity far below the level achieved in other parts of the developing world. Currently, over 60% of farm power is provided by human muscles, mostly from women, the elderly and children; only about 25% of farm power is provided by drudge animals and less than 15% of mechanization services are provided by engine power (AU and FAO, 2018). Agricultural mechanization is thus an indispensable pillar for attaining the zero Hunger Vision by 2025, as stated in the Malabo Declaration of 2014,

Aspiration 1 of the AU’s Agenda 2063, and Goal 2 of the Sustainable Development Goals. Doubling agricultural productivity and eliminating hunger and malnutrition in Africa by 2025 can only be possible if mechanization is accorded the utmost importance. This includes enhancing access to mechanization services, improving access to quality and affordable inputs, such as seed and fertilizer, and delivering efficient water resources and management systems including irrigation.

Recognizing the role of mechanization, the African Union Commission in collaboration with the Food and Agriculture Organization (FAO), launched the Sustainable Agricultural Mechanization Framework for Africa, on 5th October 2018 in Rome. The Framework which has ten priority elements that will guide AU Member States when developing their national strategies for sustainable agricultural mechanization and implementing mechanization programmes at country level prescribed some core principles- mechanization must be built along the entire agricultural value chain, private sector driven, environmentally competitive and climate smart, and economically viable and affordable, especially to small-scale farmers who constitute the bulk of African farmers. Mechanization must also target youth and women, specifically to make agriculture more attractive for employment and entrepreneurship.

Agriculture, relative to manufacturing and services, is the most important source of employment for women by a wide margin in sub-Saharan Africa where they play a fundamental role in all the stages of the food cycle. It is estimated that women make up almost 50 percent of the agricultural labour force in sub-Saharan Africa, an increase from about 45 percent in 1980. The averages in Africa range from over 40 percent in Southern Africa to just over 50 percent in Eastern Africa. These sub-regional averages have remained fairly stable since 1980, with the exception of Northern Africa, where the female share appears to have risen from 30 percent to almost 45 percent (FAO 2011)1.   But the agricultural sector is underperforming, in part because women, who represent a crucial resource in agriculture and the rural economy through their roles as farmers, labourers and entrepreneurs, almost everywhere face more severe constraints than men in access to productive resources. They are in many cases deprived of land ownership, access to markets, key assets and inputs, and are frequently excluded from decision making. Efforts by national governments and the international community to achieve their goals for agricultural development, economic growth and food security will be strengthened and accelerated if they build on the contributions that women make and take steps to alleviate these constraints.

The 25th Ordinary Session of the Summit of African Union Heads of State and Government held in South Africa had the theme: “2015 Year of Women Economic Empowerment and Development towards Africa’s Agenda 2063”. At the summit, the then AU Chairperson Dr. Nkosazana Dlamini Zuma launched a campaign to “confine the handheld hoe to the museum”. As a symbolic gesture, the Chairperson handed over a power tiller to each African Head of State and Government to emphasize the importance of removing the drudgery from agriculture, and thereby improving labour productivity, especially for women with the hope that mechanization of agriculture in Africa will be achieved within the next 10 years.

In Gender Pre-Summit consultations held on the margins of the 25th Ordinary summit, Women of Africa identified key priorities for the advancement of women empowerment, including the critical role of women in Agriculture. Building on this, an initiative on “Empowering Women in Agriculture”-EWA was launched with the aim to recognize and escalate the role of women in the development of Africa, through mechanization of agriculture and alleviation of the burden on women in rural communities.

As African women leaders galvanize their role and leadership in the transformation of Africa, in line with Agenda 2063, they have initiated a broader movement of women of Africa, the “African Women Leaders Network: – AWLN that has identified Agriculture as a determinant priority in the uplifting of women status in Africa and enhancing their leadership in defining the Africa We Want.

Indeed, Women’s predominance in agricultural tasks, combined with the existence of a gender gap in agricultural productivity and the need to boost Africa’s agricultural output is motivating increased attention to raising female agricultural productivity. Building on the initiative by the former Chairperson of the AUC and the mobilization of women around the theme, the AU Commissioner of Rural Economy and Agriculture together with the First Lady of Burkina Faso, will inaugurate the first Statue in Burkina Faso to symbolize the retiring of a Hand-Held Hoe as part of International Rural women’s day in 2019.

The statue will be erected and be formally inaugurated on October 15, 2019 in Ouagadougou on the margins of the celebrations of the International Rural Women Day.

Prior to the erection of the statue, a symposium of women farmers and women in rural communities will be organized to kick start a continent wide campaign to” Retire the Hoe to the Museum” and support women in the modernization of agriculture.

2. Significance of the Statue

The construction of this first monument in Burkina Faso symbolizes the campaign to end the Hand Hoe in Africa in recognition of the difficult conditions of farming in rural areas. This monument is not a mere representation, but a living testimony of the African woman who faces an unequal division of work between man and woman in the rural environment. In addition, it is a testimony of society’s dedication to the implementation of the AU Agenda 2063, especially Aspiration six, “An Africa whose development is people – driven, relying on the potential of African people, especially its women and youth and caring for children” Putting an end to the use of the hand-held hoe will contribute significantly to attaining the objectives of this Continental Agenda, and for agriculture, the 2014 Malabo Declaration. Rural women can play even a driving role for the progress of our continent. We need to recognize this force so that we can achieve the objectives of the Malabo Declaration, which is to accelerate the transformation of our agriculture by empowering rural women.

The erection of the statue is on one hand a reflection of social transformations in the contemporary world, bringing to the fore and highlighting models of female emancipation capable of combating stereotypes, giving greater visibility to women and their achievements and hence contributing to their empowerment in

Africa. On the other hand, it will further act as a reminder to awaken the consciousness of the future generations on the history of the African continent, which considers the woman as the nucleus of the family., refining more and more, the knowledge of our colonial past and the lessons to the future.

Finally, this monument must challenge political decision-makers and the network of rural women in their different roles that they play or should play in society. It is time for African governments to give priority to agricultural mechanization as an area for strategic investment.

3. Objectives of the Event

5. Participants for the Celebrations

The organizers have identified the President of the Republic of Ghana, as AU Champion for Gender and Development Issues in Africa as Guest of Honor. He will be joined by the former AUC Chairperson who made the call to “Retire the Hoe to the Museum”

VISUALS OF THE EVENT 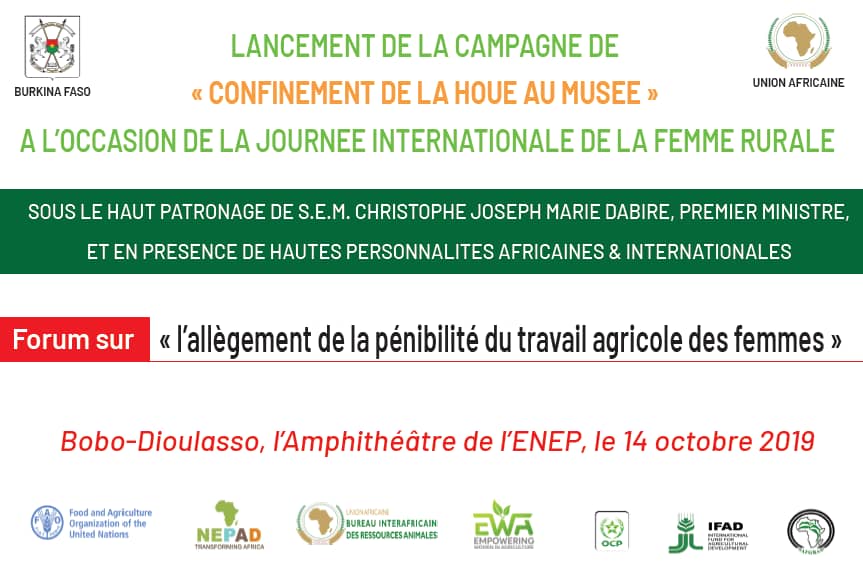 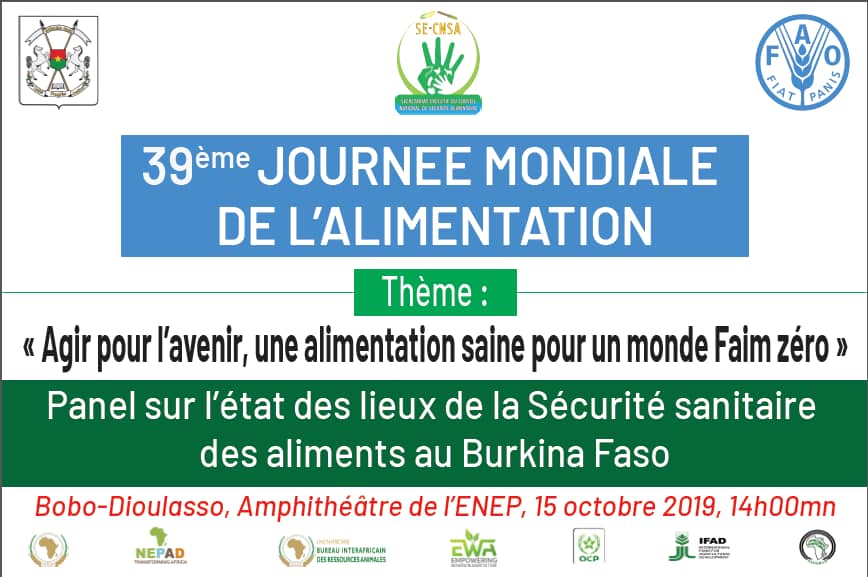